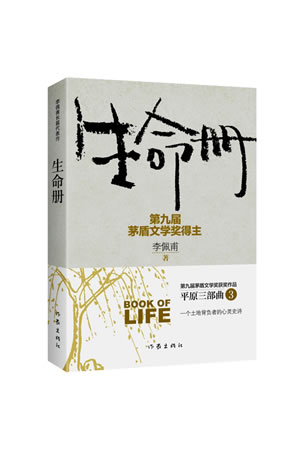 Li Peifu – The Book of Life

The Book of Life won him the prestigious Mao Dun Literature Prize in 2015 The Book of Life is also the finale of his Plains Trilogy, after the 1999 Door of the Sheepfold and the 2003 The Light of the Cities.

I, the protagonist of the book am an intellectual from village, the son of a villager. From village, provincial capital, Beijing to Shanghai, I used to be a college teacher, a marksman when drifting in Beijing, a trader in stock market and a manager in a listed company. Profound, calm, restraining and temperance, I am related to a series of images such as Luotuo, young uncle-in-law, Liang Wufang and Aunt Chong. In the complex social relations among these people, we can see the confusing world among cities and villages. Finally, in dramatic change of the era, I lost the dependence and piety of spirit and become a true orphan of the time. He broke an eye, lying in hospital to retrospect his splendor and loss while another protagonist named Luotuo commits suicide.