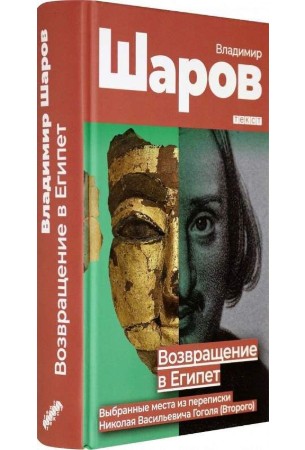 Vladimir Sharov’s dense and voluminous novel, the winner of the 2014 Russian Booker Prize and a runner-up of the Big Book Award of the same year, is in many ways similar in its themes, ideas and obsessions with the much shorter The Rehearsals. The former actually could serve as a good appetizer for the sprawling smorgasbord offered by Return to Egypt. Here are some of the topics explored in the book: the Russian Schism, the Old Believers and their offshoot Beguny, the Great Flood, the Exodus, the Apocalypse, Christian eschatology, Nikolai Gogol’s life and work, Dante and The Divine Comedy, the Emancipation Reform of 1861, the Narodniks, the Bolsheviks, the October Revolution, the Russian Civil War, Stalin’s repressions and prison camps, kolkhozes, the painter A. A. Ivanov and his masterpiece The Appearance of Christ Before the People, the Islamic ornaments of the Tash Hauli Palace, palindromes, the noosphere of Vladimir Vernadsky, agronomy, a theory of the evolution of inanimate objects. What is remarkable, all this wealth of facts, narratives, exegeses, and mystical insights is presented as a vast mosaic composed by the author himself using as “tiles” the fragments of the letters exchanged by Nikolai Gogol’s 20th-century descendants over the period of thirty-seven years.